Come and See WHY 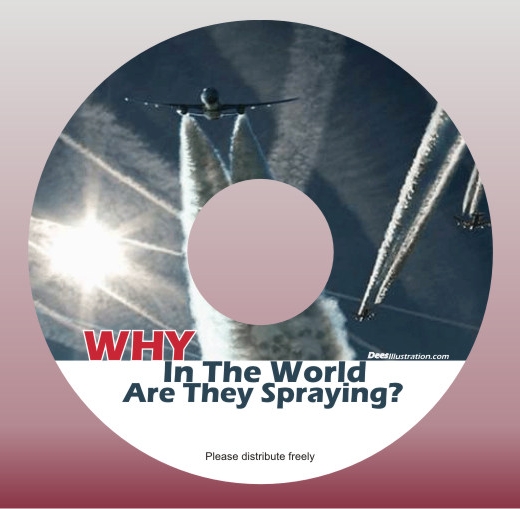 The Consciousness Beyond Chemtrails Conference (CBC2012.com) took place August 17-19 at the Wilshire Ebell Theater in Hollywood, and streamed live around the world. It featured fascinating, information-packed presentations by most of the key American researchers into the Geoengineering program that’s hidden-in-plain-sight over our heads much of the time. The center piece of this display of evidence and analysis was the World Premiere of Michael Murphy’s hard-hitting and eagerly awaited Chemtrails sequel film, WHY In The World Are They Spraying?

The movie screened after dinner on Saturday, following a day of great live and recorded lectures and star-quality turns by Peace and Freedom Party Presidential Candidate Roseanne Barr and former Congresswoman Cynthia McKinney. However, the excitement and anticipation peaked for the film’s debut, as Murphy’s first Chemtrails documentary, What In The World Are They Spraying?, was probably one of the main factors driving the creation of the Conference. According to Michael Murphy, What In The World has now been seen by well over 10 million people. It’s single-handedly responsible for raising many peoples’ awareness of Aerosol Geoengineering from the netherworlds of “conspiracy theory” into solid conspiracy fact.

Where What In The World was a somewhat rambling effort, with much speculation among the factual content and a loose narrative that outlined its making, WHY is a taut set of interviews, supported by superb visuals. It documents the aerial assault against nature and humanity represented by Geoengineering being done with, literally, megatons of nano-particulate toxic metals. One of the main themes of the movie is uncovering the weather-modification aspects of these covert programs that have dominated our skies since at least the late 90’s. The U.S. Military’s own papers state that for them weather is a “force multiplier.” In WHY we’re shown how relatively modest inputs (considered on a global scale), particularly over the U.S. Northwest, are leading to weather disasters across the Midwest that are creating financial chaos and threatening our food supply. Masterfully edited interview segments unveil the deep background complexities that explain why elite interests might invest in such audacious and secret agendas.

In his introduction to WHY at the Conference, Murphy presented his “Buy One and Share One” ethic for distributing it massively, urging us to “burn as many copies as possible” and get them into the hands of anyone who will watch. You can buy the DVD online from the production team at WhyInTheWorldAreTheySpraying.com.

Or, come to see WHY In The World Are They Spraying? and pick up a copy of the DVD, at the Freedom Forum meeting Sept. 19th, 7 pm at the Live Oak Grange, 1900 17th Ave, Santa Cruz. On the cutting edge as usual, Freedom Forum was planning to show the film for this meeting even before it was released. As always, attendance is free of charge, come at 6:30 for the social hour.

If you find yourself still undecided on the truth about chemtrails and the elite planning underlying the global program, why not take a look at the clearly presented, highly documented information about this ongoing impact on our lives? If the information presented at CBC2012 is accurate, the effects of this ongoing assault are mounting rapidly, and planetary healing MUST begin as soon as we can make it possible.

(to be published in Connection Magazine, Santa Cruz, California, Sept. 2012. Note: WHY In The World Are They Spraying? is also available on YouTube.)