The New Manhattan Project: Ongoing Research Reveals the Roots of Global Climate Control and the Massive Program Filling the Skies with Chemical Spray 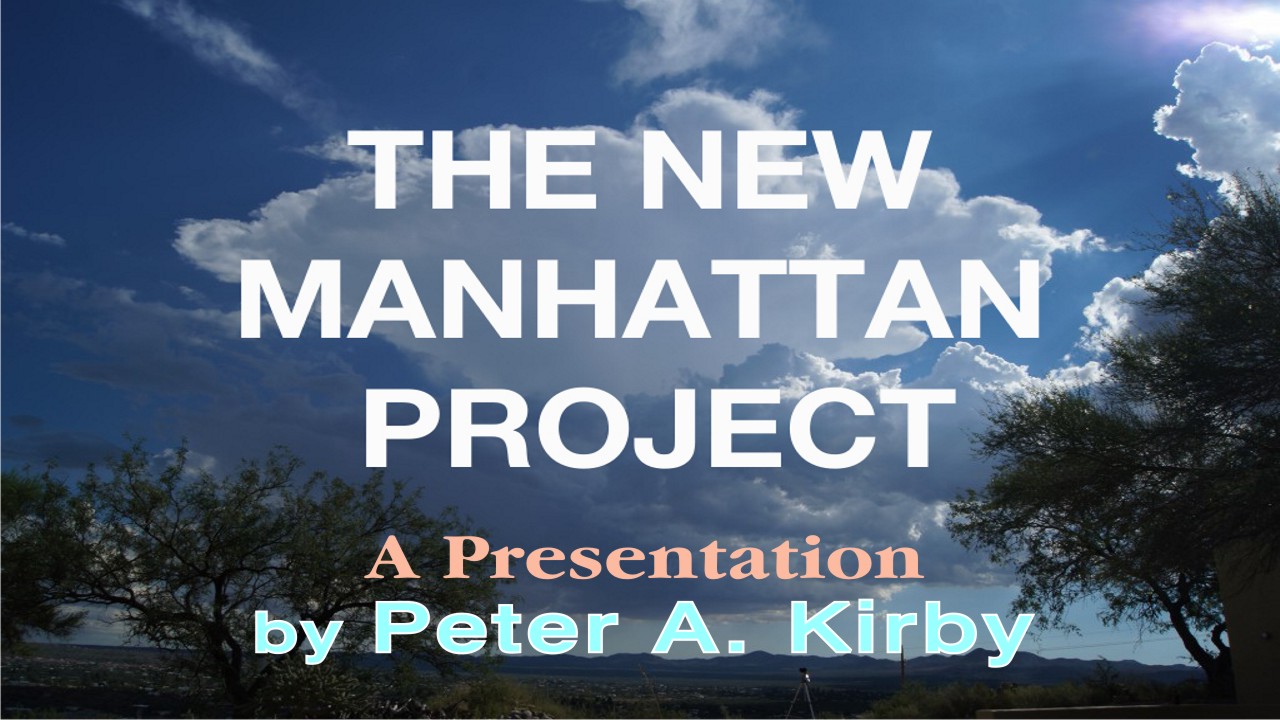 On April 29, Peter A. Kirby did a presentation (video below) in San Francisco, outlining some of his research and theories on the Chemtrails we see in the sky above us almost every day in most parts of the Western world, and on how they got there.

In the Summer of 2016, Kirby published his comprehensive Chemtrails Exposed: A New Manhattan Project. For Peter, this marked the end of Phase 1 of what he sees as a long-term research project to document one of the most ambitious, and potentially devastating, scientific and industrial projects ever conceived by man. In his book, and in the lecture below, he outlines many, many of the institutions and documented players in the project, each of which has a past and a paper trail that can give us a deeper look into what’s been done and where we may be going. Peter has good reason to compare this with the gigantic and covert venture by the U.S. Deep State to create the Atom Bomb during WWII.

Starting in 2009, he began digging into books, magazines, libraries, government reports and the Internet to find information to explain the officially denied and yet in-your-face program of enormously extensive spraying of chemicals from planes being seen and documented all over the world. By the time Kirby started his research, there was, as he says in his book, already a problem, not of too little information but of too much. There were dozens of books and documents covering various aspects of a project that was obviously too big to sweep under the rug. But there was nothing that tied it all together and got to the bottom of what was going on.

Peter found, though, that there were smoking guns all along the trails of evidence, many in government and research papers, in professional journals, and in unbelievably candid statements made by scientists and project leaders, that piqued his curiosity and lead him deeper on the trail. He shares all this material, and his deductions from it in Chemtrails Exposed and in this video presentation.