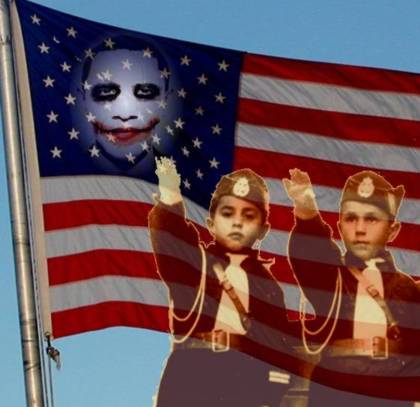 A lot of the time recently, I find myself reminded of the Caterpillar/Butterfly metaphor for the transformation the world seems (obviously…or maybe not) to be going through as time races, slouching toward Washington DC to be born.

This has, sadly, penetrated most aspects of my life as well, as I stare amazed at the unfolding images of devolution, florid manipulation, disease and Full-Spectrum Dominance emerging from the liquid crystal display. I am chronically, and seemingly ineffectively “between jobs.” This is a place from which I’ve generally found some kind of semi-creative service to perform for people locally that allows me to sustain a quasi-bourgeois lifestyle for a few years. But with the Mother Of All Bubbles getting ready to bust on the world stage, and with practically every aspect of “my life” sliding into chaos and begging for some kind of upgrade, it mostly seems the best I can do is bring some still attention to the unravelling, the drumbeat of control invading our sacred space, the sound of the caterpillar turning into soup inside.

A few months ago I joined Santa Cruz Downtown Toastmasters, a local branch of the famous 85 year-old organization for helping develop public speaking and leadership skills. Before going, I never actually knew what went on in TM, and suspected that a lot of it was related to career development. But it turns out that it’s a very complex mix of personalities and ideas. Perhaps because we’re in Santa Cruz, there seems to be an iconoclastic bent to the members generally. So, there’s a cross-pollination of viewpoints and styles, and a very creative tension between the belief that its best to do things by the numbers as the system is there for a reason, and the alternative that the highest wisdom is in following your heart.

One of the adamantine traditions of Toastmasters is the saying of the Pledge of Allegiance at the start of each meeting. In our club, this is prefaced by a “prayer,” which mostly takes a form like a brief statement about something related to mores or values, a brief annecdote with a message, or, perhaps a poem. Last week I was scheduled to fill the Prayer and Pledge role, and I wrote the following:

It says in the pledge that we pledge allegiance to the Republic for which this flag stands. Why did they put that in there? A Republic is supposed to be a government that draws what Jefferson called its just powers from the consent of the people governed. In a Republic, government only exists for the benefit of a people who are its Sovereigns. The only authority above any Sovereign is the unnameable mystery that brought each of us into being. No lawful Republic ever has more right to invade the lives of its Sovereigns than any Sovereign has to invade the life of anyone else. When this is in balance, something sacred becomes possible among a Sovereign people, something that can sometimes be felt in the stillness behind the words of the pledge.

Now, if you’re so inclined, please stand and join in the Pledge of Allegiance.

I stand up with the other members of the club for the pledge, but merely bow my head in respect and don’t recite it. A friend of mine in the club won’t even stand – he told me how he can’t participate because he feels it’s completely hypocritical. I guess he means for him. I simply can’t pledge allegiance to a bit of hanging fabric, however symbolic of the hypothetical union of free Americans. After all, what kind of loyalty is possible to an inanimate object? Some people no doubt find this offensive, as it may show them that you aren’t hewing to the hive-mind, don’t intend to follow the logic of group-think no matter what.

We’re living in a time when we need to get clear on exactly what we can pledge allegiance to. And I don’t think that following the call of anything that’s less than absolutely essential to our true nature is going to work in negotiating the narrows of this transition. Personally, I think that those of us who are willing to allow the emergence of our natural state of ease, presence and awareness will gravitate without trying into the company of others learning to awaken from the spell of the ego, and that we will wake up together into a new life situation that is unimaginable now from within the context of consensus reality. In this process, we’ll find that our ultimate allegiance is to what’s true.

There’s never any use arguing with anyone about what this is. It can’t be encapsulated into any form that can be held in mind. The moment I call someone else wrong, I start to strengthen the delusion of my sense of an imaginary separate self. That delusional self feeds on the drama of making someone else wrong, of holding energy with them. This is really holding energy within myself, or, as Eckhart Tolle would say, feeding my pain body.

If, instead, my allegiance is to the unnameable mystery that stands behind any conflict without judgment, the formless awareness at my core is in direct non-local connection with the awareness in the obvious phenomenon of another being who is no longer “Other.” My energy is no longer trapped in defending my delusion. My heart is open to life.

1 Response to I Pledge Allegiance