We’ll Just Have to Agree to Disagree 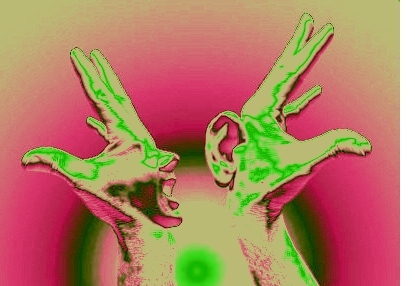 I recently received the email directly below from an acquaintance who sends out articles and newsletters to a list I’m on. During the (I think ridiculous and pathetic) election, he was sending out email extolling Obama and excoriating Romney. After one particularly trying exercise which tried to create the impression of a big contrast between the candidates, I wrote him a comment on the basic “responsible” homogeneity of them, focusing on how Obama is institutionalizing and expanding Drone Murder, whereas Romney was saying that he would simply do more of it.

In response, my acquaintance wrote back, not only avoiding any comment on what I’d written at all, but closing with the comment “We’ll just have to agree to disagree.”  The exchange below occurred about a month later:

Title: Surprised at lack of response

Dear Friends and Readers, I am surprised that I didn’t get more of a response on the article I wrote in <my last newsletter> on the biggest threat to the democratic process in the US. It was about the GOP House intentionally filibustering congress with pre-arranged pledges to take a hard line and ignore the debate and compromise process. Such seemed mean-spirited, reckless, unconstitutional, and maybe even illegal. And then for Romney to blame the president as not being able to work with the GOP…ahh!  Were Romney’s Democrats so dead set against him in Massachusetts? I don’ think so. Even the  jury-selection process cannot get away with such openly stated prejudiced mind sets.

All this seems pretty obvious to me, maybe too obvious for others to respond and that I’m just beating a dead horse, but the silence worries me. Maybe  people and friends I love and respect are just too tired, depressed, or jaded to respond. Tell me it isn’t so, tell me you are fired up, tell me you are passionate, tell me you still believe, and that you still have hope.  Let us stoke each other’s flames in the last hours of the most important election in our lifetimes, and maybe the renewed chemistry will carry us as it did our SF Giants to a much more important victory, bringing about a change of heart for the survival of the planet.
Is this too much to ask or am I off base?
Peace, passion, and love,
<Name Redacted>

Hi <Name Redacted>, Thanks for your continuing outreach with information and your newsletters.

Of course, Norquist’s pledge is ridiculous and potentially very harmful grandstanding. It’s force is almost exclusively in the realm of public relations, having, as you point out, no force of law. It continues to demonstrate the shambles of Congress’s lack of management of our country and, in particular, its economic underpinnings.

But that said, our Constitution has demonstrably become, as W is reliably quoted as saying “A God damn piece of paper.” We could discuss such things as the hidden creation of a separate corporate state with its own “Constitution OF the United States of America” in Congress’s Act of 1871 which created a “government for the District of Columbia.” That’s probably a little bit complicated for most to delve into.

However, how about the institutionalization of the “income” tax? The 16th Amendment supposedly gave Congress the right to tax “incomes” regardless of the sources from which derived, without apportionment. However, this amendment does not repeal the language in the TWO places in the Constitution where direct taxes are prohibited.

Though the government (and we could talk all day about exactly what that is) now represents that the framers of the Constitution were talking about something extremely limited in the way of direct taxes, the document specifically names “Capitation” as one form of them not to be permitted. Nowadays, spokespeople for the U.S. gov’t. maintain steadfastly that by Capitation the framers were referring to some arcane form of tax they call either a “head tax” or a “poll tax,” which they labor strenuously to define in impenetrable ways.

However, in 1787 when the (unlawful) Constitutional Convention was convened, one of the most widely read books in America, which at the time was vastly more literate than it is today (for which we can partially thank the wide-spread apathy that you cite in your email) was,  for the previous two decades, Adam Smith’s Wealth of Nations, in which he very specifically describes capitation as exemplified by a French tax system that is basically identical to the “income” tax as practiced in the U.S. today.

The development of the income tax has been well documented by careful research to have included ever-more deceptive language in the U.S. “tax code” (Title 26 U.S.C). This language is, to critical thinkers, obviously designed to contribute to the impression that average Americans within the 50 States who exchange their labor (described unequivocally by key figures in the founding of the U.S. as the fundamental property of the average members of society) for compensation have a liability to pay a portion of that revenue to the Federal gov’t.

Careful analysis of Title 26 has revealed that nowhere in it is any such liability laid out. This is as it must be, because the income tax, as practiced today, directly violates the clear language of the Constitution. This leads to the reasonable conclusion that the laws have been drafted to conform to the Constitution while creating the false impression of liability. The IRS, challenged very directly for almost two decades to do so, has so far refused to reveal any statutory language authorizing their actions to extort revenue from average Americans.

In fact, the Supreme Court, when it still had some vestiges of integrity, ruled on at least three occasions that the 16th Amendment did not give Congress any new powers of taxation, and merely moved certain Constitutional taxes from the category of duties to that of imposts. “Income” is now a Constitutionally defined word describing revenue from certain Federally privileged activities.

Yet, with the creation of the unlawful processes of withholding of “income” in the workplace at the end of WWII, the arcane Income Tax became an institution enabling what has become a rogue Federal administration to literally steal from the entire population it claims to hold authority over. Up to the “financial crisis” of 2008, this was the greatest fraud in world history, and has enabled our government to become the Empire that it is today.

Finally, in what has become a much longer email than I had any intention of writing, I will again commend your attention to the Fed’s now-institutionalized drone assassination program. And, with their so-called campaign of “signature strikes” (how Orwellian can we get?) this has become out and out murder base on highly suspect circumstantial evidence from remote observation. How does this line up with the core guarantee of western justice since the Magna Carta, as made binding in the U.S. by the fifth Amendment: “No person shall . . . be deprived of life, liberty, or property, without due process of law.”

I think the argument that this unprecedented violation of due process is excused because we’re at war is entirely indefensible. The “war” we’re currently involved in, the untenable “war on terror,” has been variously stated by U.S. “officials” as extending ten to thirty years into the future, against shadowy enemies that we are creating daily as we go due to the grisly inhumanity of our actions.

The “government” has now made clear that it hopes to be flying 30,000 drones over the U.S. by 2014 (it’s now admitted that there are more than 60 active drone bases on U.S. soil already). It’s impossible for me to imagine that our escalating movement toward this nightmarish and technocratic form of now-institutionalized violence can have any reasonable or workable ending other than the ultimate destruction of our society. Are we truly a “nation of laws” at all?

I’m more than willing to have a discussion with you on these issues, and anything else you care to write about. But, it seems to me that any discussion ends when anyone steps back to say something like “we’ll just have to agree to disagree.”

Postscript: <Name Redacted> did not respond