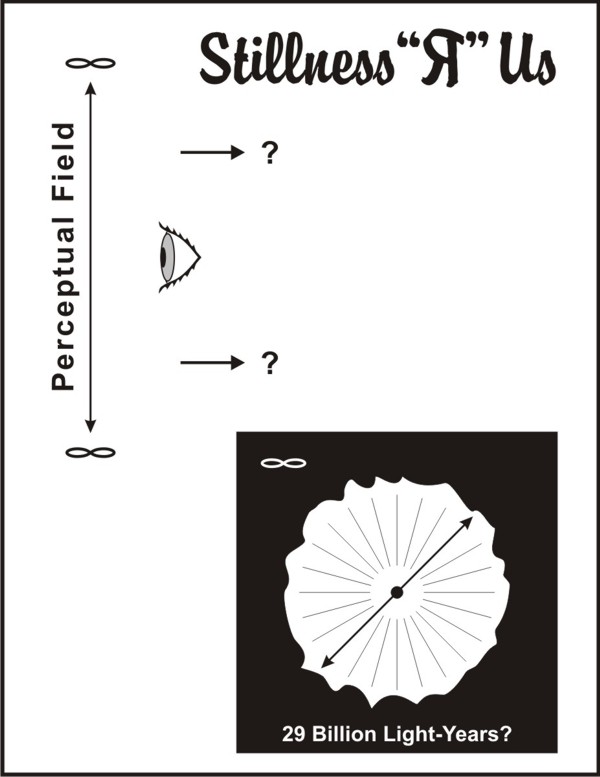 This is a speech I wrote for a Toastmasters presentation:

This ancient greeting is sometimes translated as “The Stillness within Me greets the Stillness within You.” The word “stillness” is simply a pointer to something much deeper, the ground of our being that can’t be comprehended by our minds, which are tiny fractions of this whole.

It’s a common belief that what sets humanity off from the rest of life on this planet is self-awareness. It seems that at some point in the not-too-distant past, we started using language as a set of pointers to, or symbols for, objects our minds differentiated from the rest of the continuum of the world we perceived. Implicit in this observation was the existence of a separate observer, which eventually became the powerfully held psychological “I” that characterizes modern people. When we put a name on anything, including this “I,” we tend to make an assumption that we then know what it is. If you examine it this is obviously impossible, as the qualities and relationships even the simplest “things” have greatly exceed our capacity to hold them in mind.

Science assures us that the world we perceive is an image assembled in our minds from neural impulses. I’m going to move to phenomena that go along with these apparently real models we all seem to share, referencing the graphic at the top.

The top section is a very crude simplification of how we experience our perceptual field. We model the world of form before our mind’s eye, as a plane with shapes of different colors and different brightnesses on it. The objects may be clearer or more blurry, and may seem closer or farther away, but they’re arrayed on a screen-like plane we conceive of as being seen from a single point of observation. Normally we only pay attention to forms near the center of this plane, but if we “get still” we may notice that forms seem to be at certain angles of arc from the center of this screen up to an extreme of 90 degrees away from center in any direction. We can’t really see at these extreme angles, but we have a conceptual sense of them. Because the mental plane we model our pictures on is infinite in all directions, it takes up 180° from our point of observation no matter how far our point of observation is from the plane.

We have a hypnotic sense of the distances involved in what we see, but these distances are all relative, based on our sense of the scale of our bodies. And they’re finite, there’s always something beyond what we see. Let’s consider distances and how they might relate to something that’s more than relative. Current theories hold that our universe emerged from nothingness on the order of 14.7 billion, that’s with a “Bill,” years ago. It emerged from a dimensionless point in the midst of infinity. And it’s temporal progression commenced from eternity. Infinity and eternity, two concepts that essentially boggle the mind.

The universe emerged from the no-thing thing that sages throughout human history have said is the One Reality, one word for which is Stillness. “A Course in Miracles” famously says that “Nothing real is threatened, nothing unreal exists.” So the universe somehow emerged out of the real, and has, theoretically, been expanding at the speed of light for 14.7 billion years, give or take. It’s expanding into infinity. How much unconditioned space is there still outside of its vastness? An infinity. From this perspective, the 29 billion light-year wide spheroid of the universe can still be seen as a relative dot. All distances in it are relative to time-of-travel. And it’s surrounded and interpenetrated by this infinite no-thing thing, which is present at every point within the unfolding universe right now.

This stillness has no frequency, paradoxically it infinitely pre-existed anything that had any quality of vibration. It’s open to and allows every spacio-temporal phenomenon that’s emerged within it without resistance. Let’s go back to our model of our perception. Everything on “our” side of this plane is the subjective, on the other side, the objective. In a sense, this plane is the first division that takes place in the space of the void, like where it says in Genesis “And God divided the light from the darkness.” We know that looking out at the world of form, there’s light. So, what the heck is back there, behind our visual field? How far does it go? What is happening where we perceive the light striking the plane? Where exactly is our point of observation, and what is right here, immediately where whatever we really are is right now?

A fruitful question to ask is whether this very apparent division between what’s “out there” and what’s “in here” is actually real, or is it perhaps a mental artifact? If it’s in mind, what is the awareness that’s creating the separation?

And if this division is artificial, made by us, then truly, Thou art That, or as said in Sanskrit: