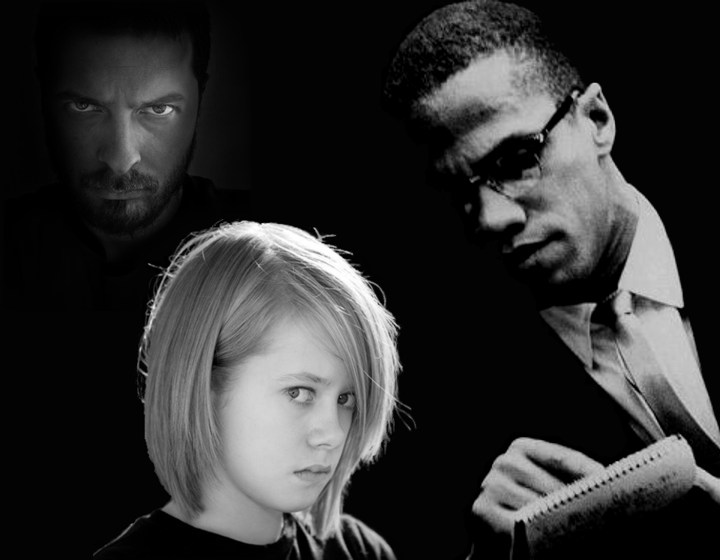 The planet-wide implementation of the Grand Concept of Debt Money is almost complete for most of the human family. The “Global Economy” was already largely non-functional before the onset of the ongoing “collapse.” In the wake of this collapse, not only many, many households and small concerns, but corporations and, in particular, basically every “sovereign” nation on Earth, are in a position of never, ever being able to settle our indebtednesses, never mind how many “austerities” are imposed on us, how hard we work, or how many generations labor to satisfy contracts the authorities say they have with us.

Who are these “authorities?” Just sub-vocalizing the word activates around me a thick and highly articulated “body/emotion/mind-suit.” I see a thicket of more-or-less clear mental images of imagined past experiences, ideas of how I was limited and controlled in imperfectly remembered circumstances. And faces – and the feelings that accompany recalling them – of people I recall as having power over me then. I feel powerlessness, not from those “actual” past situations, but right now, from what is passing in my mind. I observe my mind moving toward elaborating “strategies” about what I can do to free myself from the fear and powerlessness. My thoughts and planning retrigger emotional feelings in my body. My mind becomes more agitated.

How can the world today be so much more dysfunctional than it was three years ago? For reasons that have quite a lot to do with numbers represented by electronic patterns in machines that didn’t even exist a few decades ago, huge parts of the social infrastructure of the human world have been eliminated. These productive organizations and facilities have vanished, taking with them gainful and satisfying work for millions of people. Many millions of these people, their children, and even many still working in “jobs” have also had important areas of their lives, including secure housing and access to healthy foods, thrown into turmoil and uncertainty. Yet, for the most part, the people and physical structures on the planet remain the same as they were then, and human knowledge has no-doubt continued to increase exponentially. Why have we fallen into such apprehension and fear? Why is human cooperation failing on so many levels?

Strategies are built into our emotional defenses against the chronic feelings of powerlessness and fear that are epidemic in the world. I may tend to believe that controlling my life situation will keep things from triggering my feelings. This includes controlling the people around me day to day, at home, work, or perhaps those threatening me some way. If I accept that dream of control, and the many supporting thoughts that create a deeply hypnotic world view around it, then I will tend toward courses of planning and acting that ultimately become unsatisfactory and cause suffering for anyone around me. I will begin to consider taking, for my advantage, actions that might cause harm to others. However, no matter how much advantage I create for myself over others, I’m still stuck in a situation where I’m separate from a threatening world. If “I” want to gain advantage over other people, through projection I axiomatically fear that there are others out there who want advantage over me. I must plan to prevent this.

There are analyses finding that the “Great Depression” that officially started in 1929 and ended with Part 2 of the Great War was caused by a monetary squeeze in which the Federal Reserve reversed policies that were putting massive amounts of debt money into circulation, and instead contracted the money supply by one-third or more. This resulted in a massive transfer of the wealth of the United States of America into the hands of the banks and of insiders who understood the game plan and had access to the artificial liquidity of the fiat money system.

At that time, a much larger portion of the U.S. population lived closer to the land and had the means of surviving impoverishment without needing direct support from the controlled financial/political systems. Information was not as centrally dominated (with the unique exception today – and for the moment – of the Internet). The technologies of social control were crude by comparison with today, with much less potential to instill fears or to actually impact our nervous systems through EMF emissions.

And now we seem to be in a situation where most Americans are acquiescing to the gross manipulation of our collective monetary medium of exchange, which can be seen as a public utility, by what is evidently a mutually cooperative group of insiders. They have seized their manipulative prerogatives by the use of deliberate strategies over the course of more than a century, and possibly hundreds of years. As the masses of Americans who depend on the functioning of the economic system to provide for their needs are faced with more and more dire necessities, most of the remaining wealth, in any form, held by them will be taken by those with access to the system of credit creation.

Most of the population not living in abject poverty are burdened with levels of debt that are unmanageable. And, coincidentally, as people work to retire as much of their indebtedness as possible in the face of diminishing resources, the money paid to their creditors disappears from the real economy, putting increasing pressures on anyone not connected to banking institutions, corporations with access to debt money, or to “the State.” The remaining debts are harder to pay down, and bankruptcy has become controlled by statutes passed at the behest of lobbyists for the creditor institutions. These institutions also hold the “Sovereign Debt” of the truncated and poorly understood “nations” of the world. At the same time, the people who “own” the corporations that control the debt (that we must believe the world owes them) are for the most part completely beyond any considerations of lack of money. As others are forced liquidate their property to survive, the insiders buy that property with essentially unlimited resources while living opulent lifestyles of consumption that they, through the media they own, call “unsustainable” and blame the masses of humanity for aspiring to.

It seems that the strategies of elite controllers may be approaching their final successes within the foreseeable future. When the great masses of human beings have been reduced to, at best, wage slavery, when they have unwittingly fallen under constant surveillance and recording of all aspects of their daily lives, when their access to effective technology has been strictly limited to the point that they will never be able to compete economically with entrenched institutions, when merely questioning the wisdom of social institutions and repressive policies is identified as terrorism, mental illness (ODD), sedition or treason, what then?

Are those I affectionately call The World Management Team (or simply, Them, Inc.) really in control of the world situation? First, many people who I talk to about this stuff indignantly want to know who these people are. Who, who, who? I think this relates to what I was saying above about how the idea of authority is connected to powerful feelings we have about who controls us. I contend that these emotions are shared by any of us when we are seeing ourselves as separate and feel that we are threatened by forces we think of as outside of ourselves. At that point, because our thinking tells us that our situation is inevitably unstable, we can never be at peace with the circumstances we perceive. The strategies we then bring to bear come entirely from our reactivity. Reaction is mechanical, taking place within the context of the level in which the perceived problems were created. This breeds vicious cycles, and conforms to the popular definition of insanity. Control of systems which continue to degrade demands ever-sterner measures by the Powers-That-Be. Meanwhile, despite our best efforts, what continues to arise as the content of “our lives” remains terrifyingly spontaneous and unpredictable, in ways that are never acceptable in our thinking.

So, who is really “doing” the coercive actions that drive the central institutions of America and of emerging Global Governance? Efforts by an individual for bringing her or his life under control include manipulation of the people around them to the extent possible, which explains why human institutions are almost exclusively in the form of hierarchies. The people at the tops of the chains of authority are those who excelled in asserting their wills (sometimes called their “vision”) over others. Institutional hierarchies are not ultimately separate from each other – they have areas where their spheres of interest and influence overlap. For people essentially addicted to attaining advantages, such areas of overlap will be subject to struggling to determine who controls which territories and resources. Over time, elaborate systems and protocols will be established for control in every area that acquisitive people see as worth controlling. Those at the top of the pyramids of domination will be the best practitioners of the control strategies used by people struggling to avoid their denied feelings of powerlessness and fear.

Identifying the people “responsible” is, I think, not vital to the process of awakening to how to re-establish balance and a voluntary social contract among people disinterested in attaining advantages or control over others. Acknowledging people’s memories and understandings of the truths of what they experienced, and helping to protect the unalienable rights of others from usurpers, are other issues that are crucial to honor. Understanding how things fit together, if that’s something you’re drawn to, is a powerful life-calling. However, finding or punishing guilty parties are courses that weaken the energies we can turn to healing ourselves and our relations.

Projecting blame onto others keeps us from seeing how we may share the same tendencies and faults, and the energy we hold against them is blocked within ourselves. This blocked energy feeds the fears we have about our own failures or unworthiness. Seeing through our untrue thoughts about blame and releasing these blocked energies will change our relationships to authority within and without. When those at the bottom of the pyramid stop seeing themselves as under the will of anyone “above,” a shift will have taken place.

Feelings of anxiety and fear are our life-energy coming up to be met. When we don’t turn away from them, but lean in and accept them as they are, then they are simply our energy. When this energy is accepted and reclaimed, we are truly different people. The spontaneousness and unpredictability of life are then part of its joy. Perhaps we will become spontaneous and unpredictable ourselves. Perhaps we’ll discover that we don’t need the debt monetary system that elite institutions have “traditionally” provided us with. What then?