Fair Use Notice: This site may contain some copyrighted material the use of which has not always been specifically authorized by the copyright owner. We are making such material available in our efforts to advance understanding of vital issues which already exist in the public domain. – Note: These links are posted at the top of the page as the week progresses. Links from previous weeks can be found under the “Current Quicklinx” button

Not Just A Conspiracy Theory After All – Swedish Company Develop Implant For COVID Vaccination Certificate – by Patricia Harrity – https://dailyexpose.uk/2021/12/18/not-just-a-conspiracy-theory-after-all-swedish-company-develop-implant-for-covid-vaccination-certificate/ – “Another “conspiracy theory” has been proved to be correct with the possibility that a microchip with details of a vaccination certificate can be placed under the skin… This last week a company from Stockholm Sweden named Epicenter “The House of Digital Innovations” was to showcase a new subdermal implant for COVID-19 vaccination certificates… The Chief Distribution Officer of Epicenter, Hannes Sjoblad said on Wednesday ‘Implants are very versatile technology that can be used for many different things, and right now it is very convenient to have COVID passport always accessible on your implant.’.. According to Sjoblad, ‘this is handy in case your phone runs out of battery, it’s always accessible to you. So of course, that’s how we use this technology today, next year we are going to use it for something else.’.. Right Here, Right Now – Another Cyborg is Created – The Independent had reported in 2017 that the then startup hub offered to implant its workers and members with microchips the size of a grain of rice that function as swipe cards: to open doors, operate printers, or buy smoothies with a wave of the hand ‘The syringe slides in between the thumb and index finger. Then, with a click, a microchip is injected in the employee’s hand. Another “cyborg” is created’ they said… A Co founder and CEO of Epicenter, Patrick Mesterton, said at this time “The biggest benefit I think is convenience, It basically replaces a lot of things you have, other communication devices, whether it be credit cards or keys.”

Red Alert: Global Financial “War Game” Simulates Potential Disruptive Impact of Cyber Attack – by Kennedy Hall – https://www.activistpost.com/2021/12/red-alert-global-financial-war-game-simulates-potential-disruptive-impact-of-cyber-attack.html – “Israel led a 10-country initiative earlier this month that simulated a global financial cyber attack aimed at creating a real-life scenario that could ensue from panic and chaos if something like that were to happen… The exercise was called “Collective Strength” and took place at the beginning of December. The global “war game” included treasury personnel from 10 countries — Israel, United States, United Kingdom, United Arab Emirates, Austria, Switzerland, Germany, Italy, Netherlands and Thailand — as well as representatives from the International Monetary Fund, World Bank and Bank of International Settlements… Reuters reported that the participants were shown a film as part of the simulation. ‘These events are creating havoc in the financial markets,’ the narrator of the film said, and that governments were under pressure to gauge the impact of the global attack as the world financial system was crippled… The event ran through various attacks that included breaches in foreign exchange and bond markets, and the security of data shared between importers and exporters across the globe… One Israeli financial cyber official said that such an attack could only be done by “sophisticated attackers.”.. During the simulation film, the narrator said, ‘The banks are appealing for emergency liquidity assistance in a multitude of currencies to put a halt to the chaos as counterparts withdraw their funds and limit access to liquidity leaving the banks in disarray and ruin.’.. Emergency liquidity assistance in a multitude of currencies would entail significant printing of money. Printing money at high rates can contribute to hyperinflation.”

The NY Times reports US forces ‘killed dozens in Syria.’ The reality is far worse. – by Eva K Bartlett – https://ingaza.wordpress.com/2021/12/16/the-ny-times-reports-us-forces-killed-dozens-in-syria-the-reality-is-far-worse/ – “Two recent reports by the New York Times highlight some of the US’ manifold crimes in Syria, murdering untold numbers of Syrian civilians over the years, under the pretext of fighting the Islamic State… They exposed a 2019 US bombing in Baghuz, eastern Syria, which killed 70 civilians, and that this was but one of numerous instances, with the Delta Force routinely launching “reckless airstrikes” while purportedly fighting ISIS… Stating the obvious: had the wanton and repeated mass murder of civilians been committed by Syria or Russia, it would have been in headlines, ad nauseum…because the legacy media genuinely cares about the Syrian people. But, since the crimes were committed by the US, we’ll neither see outrage nor crocodile tears. In fact, it’s pretty shocking that the New York Times, a noted apologist for American Imperialism which has promoted outright fabrications about Syria over the years, has deigned to report honestly on actual war crimes in the country… In November, former United Nations Weapons Inspector and former Marine Corps Intelligence Officer, Scott Ritter, wrote: ‘The Battle of Raqqa became a template for all future anti-ISIS operations involving the SDF and the US going forward. By the time the mopping up operations around Baghuz were conducted, in March 2019, there was in place a seamless killing machine which allowed the US to justify any action so long as it was conducted in support of an SDF unit claiming to be in contact with ISIS.’.. Referring to the New York Times reports, RT reported recently that former Pentagon and State Department adviser Larry Lewis, who co-authored a 2018 DoD report on civilian harm based on classified casualty data, said the rate was ’10 times that of similar operations he tracked in Afghanistan.’ and that, when interviewed by the New York Times, Gen. Townsend blamed any civilian casualties on ‘the misfortunes of war.’.. Funny how that works. When Syria is actually fighting terrorism, they are condemned. When the US is fake fighting terrorism and slaughtering civilians, it’s just a “misfortune of war.”.. It should be no surprise to any thinking person that the US has committed untold war crimes in Syria (and many other countries) during its illegal presence in the country. Still, even with ample documentation of these crimes, the US is not held accountable.”

The Online Safety Act – An Act of Betrayal – by Iain Davis – https://www.ukcolumn.org/article/the-online-safety-act-an-act-of-betrayal – “The Online Safety Bill (OSB) has been presented to the public as an attempt to protect children from online grooming and abuse and to limit the reach of terrorist propaganda… This, however, does not seem to be its primary focus. The real objective of the proposed Online Safety Act (OSA) appears to be narrative control… In order to understand where the legislation is heading, first we have to interpret it. Even seasoned legal experts have struggled to get to grips with it. For a reasonably voluminous piece of legislation (the Bill alone runs to 134 pages), it is almost completely devoid of any relevant definitions… The proposed Act, as it currently stands in Bill form, is an abstract jumble of ill-defined and seemingly meaningless terms, requiring practically limitless legal interpretation before anyone can even begin to consider what it means. A thorough breakdown of this mess has been attempted by CyberLeagle… In other words, the OSB is full of references to legal concepts and terms which no-one can decipher—including the Members of Parliament who will vote on it. Once it becomes law, it will then be adapted through secondary legislation and Ofcom regulation, as yet unwritten… Unless stopped, MPs will be creating a law that has no defined parameters. This will allow the Government to insert whatever objectives they wish after it is enacted, as they have done with the Coronavirus Act… This is a complete betrayal of the democracy most people imagine they live in. It is difficult to envisage how the opacity of the OSB is anything other than deliberate. It suggests a plan to hide legislation from scrutiny before it is made law… This raises the suspicion that the Government knew that openly stating their full intentions for what will presumably become the Online Safety Act (OSA) would elicit stiff opposition from Parliament and the public. It appears the Government has consequently attempted to obscure that intent.”

Project Fear: Number of UK Omicron Hospitalised Revised from 250 to 10 – by Peter Caddle – https://www.breitbart.com/europe/2021/12/14/project-fear-number-uk-omicron-hospitalised-revised-250-10/ – “The number of people with Omicron in UK hospitals according to Deputy Prime Minister Dominic Raab has been revised down from 250 to ten, with government officials claiming the minister had “misspoke” in earlier interviews… The UK’s deputy prime minister, Dominic Raab, has revised the number of people in hospital with the Omicron variant of the Chinese coronavirus from 250 to ten, over three interviews given on Tuesday morning… Raab had initially told Sky News that the number of people in UK hospitals with the variant was 250 the ‘last time [he] looked’… However, Raab later told BBC Breakfast that only nine people in hospitals were suffering from the disease… ‘I think we have one death,’ Raab said regarding Omicron in the UK. ‘I think we’ve got nine people who are in hospital with it.’.. When Raab was confronted on ITV’s Good Morning Britain on the fact that he had given two different numbers regarding cases of Omicron in hospitals during two different interviews, he proceeded to revise this number again for a third time to ten people.”

UK Doctor Accused of Hurting Big Pharma Profits by Curing People from Cancer Released from Prison in France – by Brian Shilhavy – https://healthimpactnews.com/2021/uk-doctor-accused-of-hurting-big-pharma-profits-by-curing-people-from-cancer-released-from-prison-in-france/ – Scott Tips, President of the National Health Freedom Federation, is reporting that Dr. David Noakes was released from prison today in France, where he had been confined for the past 18 months in a nine-square-meter prison cell 22 hours out of 24 hours a day… His crime? He cured over 10,000 people from cancer with a product called GcMAF… The French Pharmacists’ Union didn’t like that as they apparently believe all cancer patients should only use their chemotherapy drugs, and so he was sentenced to 4 years in prison… Sure, go ahead and read that again. He was imprisoned NOT for killing or harming people, but for curing people and being accused of taking away business from the pharmaceutical industry… The company Dr. Noakes works with in selling GcMAF is Immuno Biotech, and you can read about them here… Not only has GcMAF been used to heal people from cancer, but it has also been used to cure children of autoimmune diseases that are labeled as ‘autism.’.. American Doctor Jeffrey Bradstreet was the primary researcher using GcMAF to cure children who were labeled as “autistic,” until his death on June 19, 2015, which the corporate media labeled as a “suicide,” but his family and others believe he was murdered to squelch his research which was a threat to Big Pharma.”

From the Shameless-Toxic-Manipulation Desk & Santa Cruz Sentinel, Dec. 14, 2021: PANDEMIC – One year of vaccines: Many lives saved, many needlessly lost 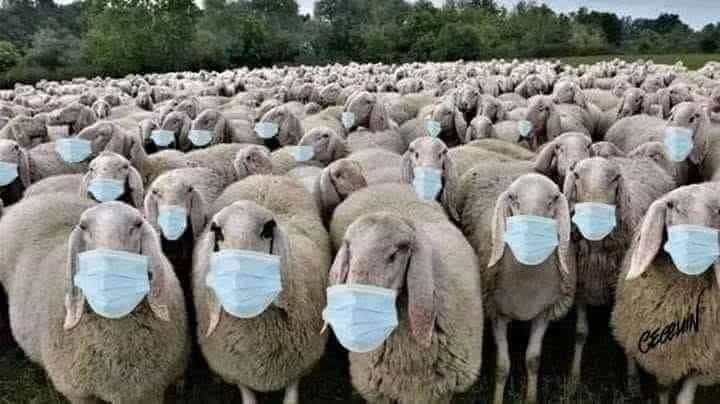