“There’s Something Happening Here. What It Is Ain’t Exactly Clear.” 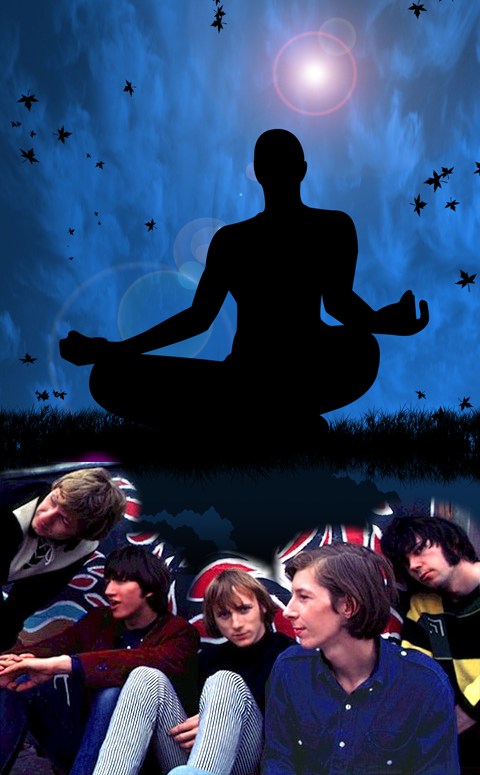 Stephen Stills: For What It’s Worth

Everybody knows, at least at a subliminal level, that humankind are facing a pivotal transition. What this transition is, what’s driving it, and what it means for the shape of the lives ahead are shrouded in mystery, and steeped in fear for most of us. It’s brutally obvious for anyone paying attention that the pipelines into the perceptions of the masses of our sisters and brothers have been bought or co-opted by people who are dedicated to sophisticated control of the understandings we assemble from the words and pictures they present to us.

For the most part, the human family are living in a starkly limited reality-set that hasn’t changed much in the course of recorded history. And according to this picture it seems that we’re fast running out of highway between our speeding Cadillac and the concrete abutment of scarcity, social dissolution and war just ahead. And it seems that the PTB prefer not only to keep it that way, but even to enhance our blinkered tunnel-vision, to take us back to a simpler time, when life was sweet and easy, to a time that never was.

Zbigniew Brzezinski has been talking vehemently for several years about what he keeps calling a “global political awakening”( more links: 2, 3), which he characterizes as “a sudden stirring of political awareness, unleashed passions, fermenting excitement, and escalating aspirations.” Brzezinski, I think, knows very well that this awakening is more than simply political. They know something’s happening, and that explains much of what’s unfolding on the world stage.

“I’m very troubled that a very vague, emotionally stated, semi-theologically defined diagnosis of the central global menace is obscuring our national ability to comprehend the historically unprecedented challenge that is being posed in our time by a massive global political awakening, and thus is obstructing our ability to deal effectively with the global political turmoil that this awakening is generating.” Transcript of Brzezinski quoted in the clip from “Architects of Control: Mass Control…”

This “vague” diagnosis that Zbig is complaining about is at the heart of the human transformation underway. It’s also of note that he gets that it’s semi-theologically defined. What is emerging among the awakening mass of humanity is a direct seeing of the truth that religions have historically tried to co-opt. More and more, we have a sense of what is simply appropriate, and Brzezinski’s “central global menace”  is the mass-delusion standing between us and ourselves. Of course this is obstructing the ability of the PTB to “deal effectively” with the turmoil. We are the turmoil from which something is coming forth. What Brzezinski is saying is that the awakening is confusing to the “national” hierarchy of power.

“Currently, the transnational elite are very aware of the increasing social tensions among the worlds majority. As the crisis deepens, tensions will rise, and the chances of revolt and revolution from below greatly increase. Governments everywhere, particularly in the Western industrialized nations are building massive police states to monitor and control populations, and are actively preparing for martial law and military rule in the event of such a situation unfolding.

“However, the transnational elite are undertaking their own revolution from above. This revolution is encompassing the restructuring of the global political economy through their orchestrated economic crisis.” – Global War and Dying Democracy: The Revolution of the Elites by Andrew Gavin Marshall

Marshall’s thesis is that what he calls the transnational elite have co-opted every significant social unrest in recent history to institute a new elaboration of their systems of control, and that this time we are entering “the final stage in the ‘global control’ strategy” where what he calls a “Global Cartel” are trying to extend their hegemony globally, rendering the “notion of exit” from their system “meaningless.”

Marshall also explicitly outlines how this Cartel primarily represent banking interests behind control of previous social movements. This raises the question of who saw and seized upon the potential for control of finance to be the master lever to drive all sectors of world society toward a unitary regime, and of what motivated them to envision seizing it. Now the central nature of this control has emerged in the autocratic creation of fantastic sums of fiat “money” by the finance sector, transferred to their own interests at a whim, secured by the “full faith and credit” of a nation now revealed as perpetual debt slaves should these policies stand.

In a recent article on Information Clearing House, Bill Noxid writes about how ignorant Americans are being herded into a travesty of so-called “Health Care Reform” by “an almost inescapable indoctrination process” that permeates every level of society. He apparently thinks that people who have been raised under this system are basically morally culpable for remaining “nitwits,” and spends most of the article taking to the woodshed identified moron Katy Abram, who briefly took center stage at an Arlen Specter “Town Hall” propaganda event.

Abram, a self-confessed political neophyte, was, despite her lack of creds, intrepid enough to stand and express her anger and dismay toward the perfidy that she felt Specter represents. She said, “I don’t believe this is just about healthcare, it’s not about TARP,  it’s not about left and right, this is about the systematic dismantling of this country.  I’m only thirty-five years old, I’ve never been interested in politics.  You have awakened the sleeping giant.  We are tired of this.  This is why everybody in this room is so ticked off.  I don’t want this country turning into Russia – turning into a socialized country.  My question for you is what are you going to do to restore this country back to what our founders created according to the Constitution.”

Noxid feels that this is a “meaningless statement,” and that the question it ends with is “unanswerable.” He goes on to quote from a longer interview Abram did with MSNBC’s Lawrence O’Donnell on Hardball,  unable to conceal his withering contempt for her having slept through the decade leading up to the brazen sacking of our treasury by Goldman Sachs, the Fed, et al. He concludes that her pathetic ignorance is what has allowed the horrendous damage committed by this country against the lands and peoples of the world.

However, from my POV, what Katy said is a clear indication of exactly what she pointed out. “You have awakened the sleeping giant.” There’s something happening that is overturning decades of the best mind-control that money can buy. From every rational indicator, humanity are on the ropes, the walls are closing in, and you can put a fork in us. But Katy Abram, who was never interested in politics, is noticing that it “just seems common place” that “we’ve kind of been at war.” For ever since she can remember.

For a dyed-in-the-wool Progressive®, this is of less-than-no significance. “We” know everything that’s going on, we know in exhaustive detail how bad “They” are, and we’re totally against it. But perhaps the forces that are acting toward this transformation are working on everyone, regardless of their political savvy or correctness, subliminally, below the surface, below even the ravages of MK Ultra and Project Monarch, closer to where we live.

What’s it going to take to get us to awaken collectively, recognize the (should be) obvious insanity, to get it that our Sacred Space has been invaded and is on the verge of being overwhelmed? To see that fighting what truly seems an “evil” force only feeds it like projecting our power out onto a skyscraper-sized Sta-puft Marshmallow Man, is to enter the zone of teachability. We cannot use the force of this denial-of-Life, denial of what is, to bring it back into affirmation, as long as we see it as “other.” As long as we’re stuck in believing that what we see is wrong, and that anything can be out of tune with the rest of the all-that-is, we’re feeding the madness. Which the madness is very good at getting us to do.

“While people are controlled and manipulated through crisis and disorder, so too can people be awoken to seeing the necessity of knowledge and critical thought. When one’s life is thrown into disorder and chaos, suddenly observation, information and knowledge become important in understanding how one got into that situation, and how one can escape it.” Marshall, Global War and Dying Democracy

The understanding of the quantum field that is penetrating and informing our mass consciousness tells us that nothing stands separate from anything else, that all-that-is is a seamless continuum. If we’re gonna make it out of this Tight Spot (damn) and into the Noosphere (whatever that is) we’ll need to let go of the locks we have on the familiar, on all of our ideas about who we are and who others are, and on needing control. And more subtly, we aren’t the one who’s surrendering, we (the ego) are not about that – we’re about control, getting approval, and security. The real “us” must keep seeing what’s being held on to, and noticing that it’s not true, ad infinitum. When we simply see that grasping onto what we fear losing keeps us stuck in repetitious loops that are painful for us and for others, there’s no question about letting go, it just happens.

And meantime, we deal with Life, on it’s own terms, without arguing with it, making ourselves right or others wrong. And let’s do it together, holding out our hands to anyone who has the least desire to get unstuck.

1 Response to Waking Up Is Hard to Do(?)