The Thrive Controversy: What On Earth Will It Take to Have a Conversation? 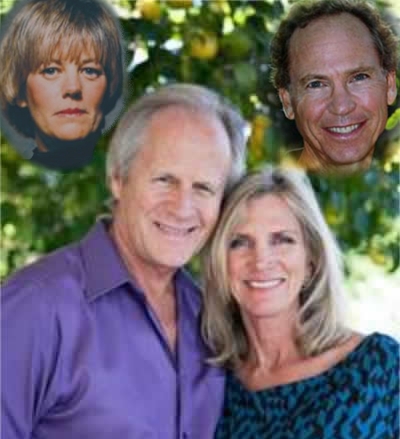 In the wake of the official Santa Cruz premiere of Foster and Kimberly Gamble’s movie, Thrive, in the middle of March, and the venomous (not too strong a word, I think) review by Eric Johnson in the Santa Cruz Weekly (online at SantaCruz.com) seemingly prompted by it, a controversy about Thrive is exploding across a small sector of the Internet.

Local Santa Cruz celeb John Robbins, who is featured in Johnson’s second attack on Thrive published in Santa Cruz Weekly, “Author John Robbins, Other Progressives Denounce Thrive,” has now written an 11-page  PDF diatribe – “Humanity and Sanity – Standing for a Thriving World  (and challenging the Movie Thrive),” in which he details why he finds his former friend’s encyclopedic film “dangerously misguided” as it’s described in a statement (drafted by John?) signed onto by nine of the interviewees included in Thrive.

To dip a toe into this fascinating and potentially quite significant battle of ideas and values, I recommend a perusal of the comments to Johnson’s second “Denounce” article on the Weekly’s website. It’s difficult to avoid the glee with which some of the commenters taking exception to Thrive seem to take this dissociation by some interviewees. The people doing this dissociating are generally identified as “Progressives.” This is a nebulous political label, but whatever it means, they are apparently for “progress,” so I guess those they oppose are not.

One link in the comments on the “Denounce” article is to a 56-page PDF created by the “Think Tank” of the Praxis Peace Institute entitled “Deconstructing Libertarianism – A Critique Prompted by the film Thrive.” Edited by Georgia Kelly, founder of the Institute, it asserts that “The Thrive message must be forcefully and publicly repudiated,” as it could otherwise, as Kelly claims, dissipate our “revolutionary energies” from the serious “political struggle,” as the New Age movement did in blunting the “Awakening of the 1960’s,” as if that was what really did the blunting.  How we’re going to struggle against the current system without understanding its real nature is not made clear.

Robbins, Kelly, Johnson and other liberal/progressives have many complaints about content in Thrive that varies from their opinions about what they think is right. However, they pointedly do not dispute the accuracy of the information presented in Thrive. They attack the film for having high production values, for being “libertarian,” for being idealistic and naive. But mostly, they seem to reject it for its world view. Thrive presents a big picture of the world situation. I think that it is this wide-open window on “reality” that is at the root of the arguably orchestrated attacks against it. The Progressive “Leaders,” as characterized by Robbins, who have flourishing careers within the context of what so many of us experience as a deeply pathological world order, seem to want their followers to not pay attention to Thrive.

Are we really going to do what these denouncers see as the serious work of revolution by remaining a responsible loyal opposition, wearing blinders? Why aren’t they willing to talk openly about ideas in Thrive that many people (like dozens who stood up and enthusiastically thanked Foster and Kimberly after the Del Mar showing) are obviously excited about finally seeing acknowledged in public? How are we going to generate the political will, from the grassroots up, to change the course of what we’re creating together if we can’t have a conversation, in good-faith and with compassion, with deep listening, and find a workable common ground that might lead to real solutions?

Note: The Gambles have written a response to some of this criticism at: http://www.thrivemovement.com/foster-and-kimberlys-response-to-john-robbins-critique-of-thrive

There is a new Thrive Meetup in Santa Cruz:  http://www.meetup.com/Thrive-Santa-Cruz/