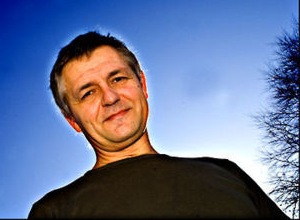 In 2006, a scientific team led by Henrik Svensmark, director of the Center for Sun-Climate Research at the Danish Space Research Institute (DSRI), a part of the Danish National Space Center, managed to publish, after more than a year of having it rejected, a peer-reviewed paper culminating their research proving that cosmic rays and solar magnetic activity govern Earth’s climate.

This paper, describing an extremely sophisticated experiment that took eight years to complete, meticulously detailed the energetic and chemical pathways through which cosmic rays create charged particulates, which are the primary cause of low-altitude cloud formation in the atmosphere.

The significance of the chain of discoveries which was capped by the evidence presented from this experiment has extremely far-reaching implications for decision making on issues of climate. The discoveries of Svensmark’s team have been, and are being, resisted and covered up by scientific institutions and in the corporate media.

In 2007, filmmaker Lars Oxfeldt Mortensen produced and directed his 52 minute documentary The Cloud Mystery (http://www.thecloudmystery.com/) telling the story of how Svensmark first got the idea that cosmic rays affected our climate and went on to make discoveries that have profound implications today. To date The Cloud Mystery has been broadcast only in nine European countries and Israel, with extremely limited exposure. The Cloud Mystery documentary is available on YouTube at: https://www.youtube.com/watch?v=ANMTPF1blpQ

The Chain of Discovery

In the early nineties, Henrik Svensmark was working with Eigil Friis-Christensen who had discovered a very close correlation between solar magnetic activity and earth temperatures. When someone mentioned cosmic rays to him, he remembered building a cloud chamber as a science project in school and observing the trails of vapor that appeared when cosmic rays struck the chamber. This led to the insight that higher solar magnetic activity suppressed the amounts of cosmic rays penetrating the Earth’s atmosphere, and consequently reduced the cooling effects of clouds forming due to cosmic radiation.

This also possibly explained why earth temperatures had risen during the twentieth century as during that time the solar magnetic field had doubled in strength.

Svensmark then discovered an extremely tight correlation between recorded levels of cosmic rays and planetary cloud cover as seen in satellite photos. In 1996 he published a paper on this. In the film he’s shown presenting this paper at a climate conference in Birmingham, England, where Bert Bolin, who was at the time the Chairman of the U.N. Intergovernmental Panel on Climate Change (IPCC), reacted and said that it was “irresponsible” to suggest that something other than CO2 was driving climate change. Svensmark was shocked at the vehement negative reactions of the “climate community” scientists to his work.

After this, Svensmark, with the help of Nigel Marsh, was able to determine that the cloud cover affected by cosmic rays was mainly low clouds, which have the strongest effect on atmospheric temperatures. Richard Turco, at the University of California, became interested in Svensmark’s team’s work, understanding that all clouds are formed on micro-particulates and that cosmic rays “modulate aerosol particles in the lower layers of the atmosphere.” However, he said, it was not understood at that time exactly how and why the clouds are formed. Svensmark developed an ambitious plan for an experiment that could elucidate how this happened.

In the film, Svensmark is shown proposing this experiment at a lecture to an auditorium of scientists, at which Sir (Basil) John Mason, Director of the Royal Meteorological Society, stands and denounces the planned experiment as being “completely misconceived.”

None-the-less, Henrik was determined to see if he could test his theories about cloud formation, and, with no funding, started his experiment on the effects of cosmic rays, for which he had to build an innovative laboratory with an ion control chamber, essentially a  large, sophisticated cloud chamber at the Danish National Space Centre.

While this was unfolding, Nir Shaveev, an astrophysicist at Hebrew University of Jerusalem, became interested in Svensmark’s work when doing research to answer a colleague’s question to him about the effects of supernovae on life on earth. He realized that if cosmic rays had observable effects on Earth’s climate, then conditions in the Milky Way galaxy around the solar system must also be involved.

Shaveev knew that our solar system orbits around the perimeter of the Milky Way, and in doing so passes in and out of the spiral arms of the galaxy, in which most supernovae occur. He was able to show that there was a match between the temperature of the planet according to reconstructions from the geological record and the levels of cosmic rays Earth was exposed to. Over the last billion years, periods when it was cold synchronize with astronomical data telling when we should have been passing through the spiral arms. The theorized position of the solar system relative to the spiral arms was experimentally confirmed by studying iron meteorites which hold a record of their exposures to cosmic rays.

Among other things, Shaveev noted that at a time 450 million years ago when cosmic rays were higher due to our presence within a spiral arm, the Earth was going through a period of typical “very cold conditions” despite atmospheric levels of CO2 ten times higher than they are now.

Shaveev heard about work that Jan Veizer, Professor Emeritus, University of Ottawa, had done on accurate dating of precise ocean temperatures indicated by the levels of oxygen found in fossil brachiopod shells going back 500 million years. Veizer had found a seemingly regular 140 million year periodicity in the rise and fall of ocean temperatures that dovetailed with Shaveev’s findings and gave a record of exact temperatures on the planet over eons.

Svensmark was very pleased at the completion of his team’s ion control chamber experiment when it finally came eight years after it was begun. The paths by which ions from cosmic rays created micro-particulates on which clouds form, were determined. The existence of “a new form of atmospheric chemistry” was proven, and the result was a long, complex paper that was rigorously peer-reviewed and sent out for publication. However, disappointingly, the paper was rejected by one scientific journal after another without any clear scientific reason or critique. It was only after more than a year that it was finally accepted and published by the Royal Society in 2006.

Since 2006, we’ve witnessed a crescendo of media and narrow academic publicity for the idea of Man-made (anthropogenic) global warming (AGW), despite such factors as a petition signed by over 30 thousand American scientists including over nine thousand PhD’s, and the leaking of thousands of emails from the East Anglia Climate Research Unit in England, closely allied with the IPCC, NASA, the Royal Meteorological Society, and other institutional adherents to AGW. If it had not been for the leaking of these emails, establishing overt complicity in skewing selection and interpretation of climate data, governmental economic sanctions against activities that increase human “carbon footprint” would have been agreed upon at the Copenhagen Climate Summit (COP15) late last year.

It hardly seems credible that the scientists leading institutions concerned with climate change are unaware of the work of Henrik Svensmark and his team. To what, then can the ongoing attempt to convince the world of the necessity to adopt draconian measures against the production of CO2 be attributed? Why isn’t the world learning about the role of Galactic ecology on our climate and lives?

Update: Henrik Svensmark has written a book on his climate research along with science writer Nigel Calder. The English language title is The Chilling Stars, the second edition came out in 2008 and is available at Amazon here. The book goes into Svensmark’s discoveries and the climate science around them in much greater depth than The Cloud Mystery documentary.

Update (18 Jul 2011): CERN ‘gags’ physicists in cosmic ray climate experiment – What do these results mean? Not allowed to tell you – by Andrew Orlowski – http://www.theregister.co.uk/2011/07/18/cern_cosmic_ray_gag/ – “The chief of the world’s leading physics lab at CERN in Geneva has prohibited scientists from drawing conclusions from a major experiment. The CLOUD (“Cosmics Leaving Outdoor Droplets”) experiment examines the role that energetic particles from deep space play in cloud formation. CLOUD uses CERN’s proton synchrotron to examine nucleation… CERN Director General Rolf-Dieter Heuer told Welt Online that the scientists should refrain from drawing conclusions from the latest experiment… “I have asked the colleagues to present the results clearly, but not to interpret them,” reports veteran science editor Nigel Calder on his blog. Why?.. Because, Heuer says, ‘That would go immediately into the highly political arena of the climate change debate. One has to make clear that cosmic radiation is only one of many parameters.’..  …it could be that the experiment invites a politically unacceptable hypothesis on climate.” (emphasis added)

2 Responses to The Cloud Mystery