A response to: Matthew Rothschild’s article on the FBI/InfraGard “partnership.” 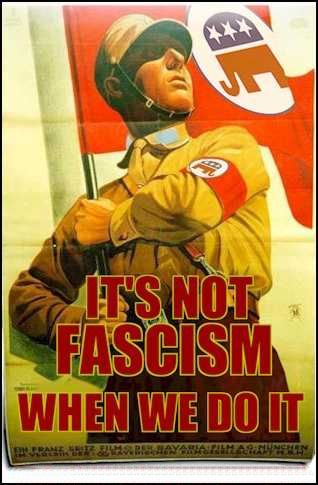 The creation of a cadre of “special citizens” linked directly to federal law enforcement seems a direct parallel to the Nazi’s Gauleiters. The US imperium can’t control the 22 million or so remaining Iraqis. How the dickens will they control the perhaps 350 million people in the United States, particularly if their enforcers have any capacity for seeing commonality with the population? Of course they must deputize all of the available good germans. As the gentleman who runs the privatized homeland security company says, “It’s all who knows who. You know a face, you trust a face. That’s what makes it work.” Anyone who is not recognized as part of the inside group is part of “The Other.” This is the last stand of the insanity of the unquestionably identified ego-mind, and its struggle for approval, control and security. It directly parallels the movement toward the North American Union, which Jerome Corsi has presented evidence is being created to end any vestige of stability for the American middle class, creating a new Feudalism, where the only privileges extended outside of the ruling elite will be to those enabling control of the peasant class.

I think that part of the challenge for those of us who may not find having a privileged role abetting the domination of our fellow humans palatable, is to avoid taking this drive for control personally. If one understands the nature of a personality that sees itself isolated and separate from other people, from nature, and from life itself, this drive for domination and control is axiomatic. This is particularly true with the rise of the apparent technological power of humanity, which seems to make real the omnipotence of the ego, and to put the age-old dream of permanent absolute control of the entire planet in reach. It seems that this madness of the old consciousness is accelerating now in the world. It is, after all, Night 5 of the Galactic Underworld, as described by Carl Johan Calleman, from November of last year until Nov. 13 this year. This “heaven” period corresponds qualitatively with the Night 5’s of other Underworld periods, such as that of the Planetary Underworld (1755-2011) in which Night 5 spanned the years 1932-1952, roughly the era of the Nazi Reich, the “Great Depression,” and the “Good War.”

Right now it can seem very hypnotically possible that the forces of fascism in America might be able to institute martial law (as it says in the article “<DHS> said when – not if” it will happen…). But this may be simply our own ego-minds projecting the suggested “Cartesian Reality” into the imaginary future, with a strong moral judgment against (and fear of) those working to bring it about. When we operate in that kind of mode of thinking, we give our power away to “them.” It’s vital to understand that all of these actions of violence and control come out of unconsciousness and weakness, not omnipotence and power, and may wither under the light of clear inquiry and the understanding that the “evil” we see “out there” is a projection of our shadow material. The madness is growing partly as a response to the possibility of a planetary awakening from the dream of separation. Our mission, I would argue, is to support that liberation, not “fight” the unconsciousness.